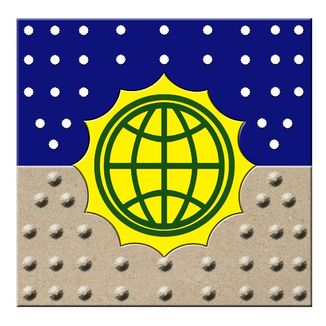 “The Chosen People reaching their Own, their Brother and the Adopted.”

A.D. International Bio
​
In the year 2000 while working at a bookstore in Nashville Tennessee, Rabbi Yehudah was doing his daily duties and activities while meditating about ways to sharing Torah and Messiah with the world, for from a young age he knew he had been called to missions, when BAM! The thought hit him like a runaway truck, that the three major religions of the world, Christianity, Judaism, and Islam have one common denominator… Abraham!  They all claim to trace their roots and origins back to this Biblical Patriarch!  Then he thought to himself that there was no organization that he knew of with this focus. Then the motto came screaming through his soul like a bottle rocket and it went somewhat like this, “The Chosen People reaching their Own, their Brother, and the Adopted.”  He felt a nudge in his spirit as if GOD was saying, “Hey,  I didn’t drop this idea into your soul for nothing… DO IT!” And so, A.D. International was conceived.


It set on the shelf to age like good wine and ten years later on October 17th 2010 The Board of AD International consisting of 5 people held and online meeting and made AD International and official ministerial entity.

A.D. International is an organization devoted to reaching out to people who claim to believe in the One True GOD.


Judaism, Christianity and Islam and all their various sects and cults has this commonality: All these faiths can trace their origins back to one of Abraham’s two sons; Judaism and Christianity trace their beginnings back to Isaac, and Islam back to Ishmael.  Abraham believed in the One True GOD, thus his descendants make that claim as well.


Our motto sums up our mission: “The Chosen People (Natsarim Judaism) reaching their Own (Judaism), their Brother (Islam), and the Adopted (Christianity).”


This organization’s main thrust is revealing GOD’s Truth from the Holy Scriptures, bringing all Israel, Islam, and Christendom to saving faith in Messiah Yeshua and to walk according to His Holy Torah through Nazarene Judaism.

To practice the 1st century faith of believers in Messiah Yeshua in a 21st century way.


A.D. International is a non-profit organization, partially supported by your free will offerings, donations and contributions.

We are not a charity organization.

We do not donate, supply or provide financial assistance or monetary funds to peoples, groups or organizations.

We are an on-line educational resource, which when able provide teachings and ministerial helps and spiritual resources in various on-line mediums to those who need it.

When able and available we will come and work one on one with communities with teaching, training, ministerial helps and spiritual resources.

Much of the time we serve as an on-line referral resource to put others in contact with other organizations and ministries that can help fulfill their needs.

Most Pastors of any given denomination are in that denomination because they sincerely believe the statement of faith and doctrines of that particular denomination. And if he were honest he would tell you he'd like to see other believers come to the conclusions and beliefs he has come to. But at the same time if one were working together in conjunction with other denominations on an endeavor there would be a mutual respect of boundaries and stripes of the other denominations he is working with. In like manner I too would like for everyone to come around to my way of thinking and belief system but if I were working with or ministering to another denomination I would never test or push doctrinal boundaries or try to change ones denominational or doctrinal stripes. Though a Rabbi, Teacher and missionary I have no subversive or ulterior motives when working with or invited to minister to other Christian or Messianic denominations. Mutual respect and agreeing to disagree agreeably in love is what it is all about.

If you believe the foundational, cardinal things such as; the inerrancy of Scripture, the divinity of Messiah Yeshua, his  virgin birth, sinless life, atoning death, burial, resurrection and future return, we are family and can fellowship without issue.