The New Testament is Not New 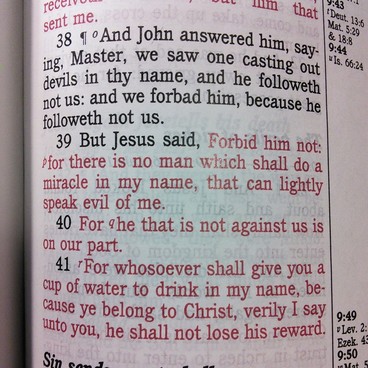 ​The New Testament is Not New

The term “New Testament” is also a bit misleading in translation as well.  A better translation would be, “The Renewed Covenant” or “Brit Chadashah” in Hebrew.  “New” gives the impression of “brand new” and the New Testament is not “new” it is just “re-newed.” Because God does not change and cannot lie, He said His Word, His Law stands forever through all generations. It confirms and backs up the “Old Testament,” or as we Jews call it, The Tanak.  It is in a sense a commentary on the Tanak. If you look at the “New Testament” through Jewish eyes, you will find that there is nothing “new” about it! It is simply a renewing of all the covenants mentioned in the Tanak.

Many have argued concerning the “literal” meaning of the Hebrew word for “new.” They say Chadashah means “new” not “renewed”. However, a literal translation of a word does not always carry the literal meaning. We do the same with English words. You must determine meaning upon overall context. Here is a combined example of a Hebrew and English word used the same way. The word or phrase “New Moon” in English, and in Hebrew, “Rosh Kodesh,” does not mean that we literally get a new moon each month, it is just a figure of speech denoting the cycle of the moon, and in a sense it is refreshed or renewed each month. However, a literal translation and use of words would lead one to believe that we literally get a “New” moon each month.  The same is to be said about the “New” Testament.

I realize all analogies are imperfect, break down and are flawed in some way, but I liken the Renewed Covenant to a remodeled ’57 Chevy.  It is an original ’57 Chevy, just refurbished, remodeled and renewed. When this Chevy owner shows off his car, he says, “Check out my New Car!” He is not saying that it is brand new, for it is a 1957 model. The word “New” implies that it is New to him, and that it is a “Renewed” car.  It is not much different with the “New” Testament. The word “Testament” is a misnomer because it implies a legal document like a Will, “This is my last will and testament…”, or a defendant’s testimony.  Covenant refers back to the Torah, which is the Covenant between God and the Children of Israel, which in turn, is really a Ketuvah (marriage contract) between God and Israel. Therefore, the term “Renewed Covenant” would be a more accurate depiction for this important and influential document.

Some have argued that the Renewed Covenant is new, that Yeshua did teach and promote new things. It may seem that way, but prophecy revealed and fulfilled seems new to us because we look through a glass darkly (I Cor. 13:12), so to speak, and do not understand the full scope of a given prophecies fulfillment. So in the end, it is not new, it has been there all along, it is just we could not see it until the fulfillment came.

Some may wonder why most of the commandments of the Torah were not reiterated in the Brit Chadashah (Renewed Covenant/New Testament). Well, what is already set in stone, what is a hard and fast rule, what is a given, does not need to be repeated. Most of the commandments mentioned again in the Renewed Covenant, Yeshua and the Apostles were simply expounding on, digging out the deeper meaning, and or explaining their application better.

Speaking of the Ketuvah (Marriage Contract), Israel, after Solomon, was split up into two kingdoms, or two houses.


Now Judah was taken into Babylonian captivity and returned.  They are now whom the world recognizes as Jewish people today.  The House of Ephraim, or, the House of Israel, on the other hand, was taken into Assyrian captivity and never returned.  Israel was scattered worldwide and assimilated into the occupying cultures in which they were.  Therefore, today there are people walking this earth who are Hebrew and do not even know it!

According to Eliezer Shulman in his book, The Sequence of Events in the Old Testament:

“Avraham was born in the year 1948 from creation (approx. 2050 BCE). His son of promise Yitzchak, (Isaac) was born one hundred years later in 2048 from creation (aprox. 1950 BCE). This places the birth of Yitzchak some 3950 years from the present time. Using 25 years as a generation means that today we are 158 generations removed from Avraham. Using 40 years per generation, still removes us nearly 100 generations. The number of ancestors for any single person increases exponentially with each generation (two parents, four grandparents, eight great grandparents, etc.). Going back only 40 generations yields a potential of over one trillion direct ancestors for a single individual. This number far exceeds the total number of people who ever lived on earth since the beginning of time. With such immense numbers involved, it should be no surprise that we are all more closely related than might have been imagined.

Avraham lived nearly four thousand years ago. Surely, if this statistical model is anywhere near correct, every person on earth could conceivably be descended from him, just as Nivrecu Theory suggests. Equally possible is the theory that every person on earth could be descended from the twelve sons of Ya’acov, the progenitors of the children of Israel.” – Hebrew Roots Issue 2-2, pg. 20

In Jeremiah, Ezekiel, and Hosea (Jer.3:6-8, all of Hosea, Ezek. 37) the Prophets speak of Judah and Ephraim committing adultery.  Judah was labeled as an adulteress and Ephraim was divorced from God. Further on, it speaks of Judah being restored and Ephraim being taken back in the marriage to ADONAI. How did this happen?  By Yeshua Ha Moshiach (Jesus Christ), the living manifestation of the Torah (The Word of God)!  Yeshua, being a Jew, and according to the Torah, cannot have an adulterous bride, an assimilated gentile bride, or a bride who has been divorced and remarried.  The reason Adoani the God of Israel divorced Ephraim was because she committed Idolatry (which is spiritual Adultery) and ended up practicing the pagan religions around her. In the LORD’s sight, she was married to that pagan deity and religion.  The reason He did not divorce Judah, but simply labeled her with the stigma of being an adulteress is because of God’s promise to King David. (1Kings 2:4, 11:31-40, 2 Sam. 7:12-16) So how did Yeshua restore Judah and take back Ephraim?  It was because of Yeshua’s death and resurrection.  He was the same person and yet a new man, and therefore, Yeshua renewed the marriage contract (Torah) with Judah and Israel, allowing them once again to be in a marital and covenant relationship with GOD.  This is known as the “Two House Teaching and or Theology.”

To clarify, many who espouse to the Two House doctrine believe that the Gentile Christian Church is Ephriam (Israel), but this is nothing more than another form of replacement theology, meaning that God is finished with the Jewish people because of their disobedienvce and rejection of Messiah and that the Church has replaced Israel and have claimed all the belssings and promises given to them by God.     I do believe that due to the Assyrian Captivity and exile of Israel that the 10 Tribes of the Northern Kingdom of Israel are scattered world wide and have been assimilated into the various people groups around the world and some of which have become Christians, but that doesn’t mean all of Christianity are Israelites, to be sure there is pure Gentile stock in the Christian Church as well.

The Old Testament is Not Old

​The Old Testament Is Not Old

The Old Testament is not really “old” as in obsolete or done away with, as the name sometimes implies.  Older, yes, Old, as in obsolete, NO, God Forbid!

“A generation after the passing of Sha’ul (Paul) of Tarsus there lived a highly influential church leader named Marcion (ca.130 CE). ‘On the one hand, early church leaders condemned Marcion as a heretic (144 CE), but on the other, they were influenced by his theological reflection. Even today Marcion-like ideas continue to circulate, exerting influence in Christian teachings.’ One of these impressionable ideas was that he stressed calling the Hebrew Bible, “The OLD Testament,” indicating that the contents of that book no longer have application for a believer in Yeshua. In addition, Marcion also taught that grace was first revealed in the Brit Hadashah to counteract the legalism taught in the Tanakh.”
--First Fruits of Zion’s Ha Yesod Program: Lesson Two: P. L2.1  - italics mine

So, we see Marcion’s perverted and heretical ideas are unfortunately alive and well today and influence current theological thinking in Christian and Non-Nazarene Jewish thinking.

The proper name for the “Older Covenant” is the TaNaK.  It is a Hebrew acronym to describe the contents.

T- Is for the Torah, the Law, The 5 books of Moses, which is the
Foundation of all Scripture.
N- Is for Nevi’im, which is the Hebrew word for the books of the
Prophets.
K - Is for Ketuvim, which is the Meggillot, the books such as the Psalms,
Proverbs, Song of Solomon, Ecclesiastes, Ruth, Esther, etc.

The Bible is like a house.  The Torah is the bedrock, unmovable, unchangeable foundation, upon which the rest of Scripture is built.  Trying to live by the New Testament alone is like living on a shingled A-frame roof or like building a house upside down, roof first.

For Scripture to make sense one must filter the whole of Scripture through the Torah (The first five books of Moses).  The Scriptures were written by Jews, for Jews (Luke was a Jew by conversion), in an Eastern, Hebraic, lingual, cultural, historical mindset and context.  We must interpret Scripture in such a context using tried and true Hebraic hermeneutics. If one tries to interpret Scripture any other way, especially in a modern Western Greek, lingual, cultural, historical context, you end up with gross misinterpretations and contradictions.

A Christian Pastor asked me if I felt that the students with whom I went to Bible College with, who have gone on to great ministries and furthered their education in seminaries, are wrong in their theology. I had to say, “yes,” to some degree. Because who are they learning from, Jews or Gentiles? Who are they reading and believing and how old are their commentaries? Is it Gentile Christians from the 4th or 18th centuries? If so, it is biased information disconnected from the 1st Century Jewish believers and their commentaries, which is closer to that of Yeshua and what He taught and practiced.